A person with legal US citizenship status cannot be deported – yet it happens. There are numerous cases where Immigration and Customs Enforcement (ICE) has wrongly detained persons and deported many who were, in fact, lawful US citizens.

Serious reforms are needed in order to better protect those vulnerable to the often random enforcement and largely unchecked deportation authority wielded by ICE.

END_OF_DOCUMENT_TOKEN_TO_BE_REPLACED

If you are an immigrant in the United States, you’re subject to the basic criminal laws that apply to everyone else and also federal immigration laws which have their own definitions of criminal behavior. Thus, a criminal conviction carries much more significance for an immigrant than a United States citizen.

The main penalty under immigration laws for a qualifying criminal conviction is deportation (i.e. “removal”) from the United States. All deportations occur through the immigration courts and require adjudication by an immigration judge.

In 2020, US Immigration and Customs Enforcement (“ICE”) processed 185,884 “removals” reporting 92% of those removed had criminal convictions. What this demonstrates is that the immigration authorities are most focused on deporting those persons with criminal convictions. For this reason, if you’re facing criminal charges, it’s very important to have a skilled and knowledgeable criminal defense lawyer in your corner.

END_OF_DOCUMENT_TOKEN_TO_BE_REPLACED

In December of 2020, the United States Court of Appeals for the Ninth Circuit (th Circuit) ruled against the “Public Charge” rules initiated by the Trump administration. Many critics argued that the new regulations essentially amounted to a “wealth test” for immigrants seeking a green card or entrance into the United States. Many states also argued that it would discourage immigrants from seeking public assistance when needed, thus overburdening states.

The changes to the public charge rule were enacted to make it more difficult, if not impossible, for an immigrant using certain public resources to get a green card or gain admission into the United States. The Trump Administration “changed” the public charge rules by expanding the meaning of a “public charge” to include non-cash public benefits that were not previously considered.

Under the most recent Public Charge rules, immigrants using or “more likely than not” to use specific public benefits like non-emergency federally funded Medicaid, “Section 8” housing assistance, “SNAP” benefits, etc. for 12 months, in total, over the span of three years would be ineligible for legal permanent residency.

END_OF_DOCUMENT_TOKEN_TO_BE_REPLACED

As schools close and streets empty, the COVID-19 pandemic is testing the limits of modern society. The virus poses a unique threat to incarcerated individuals (including those held in immigration detention facilities) who are at increased risk of serious illness or death due to the coronavirus. As the virus spreads, lawyers across the United States have been filing habeas corpus lawsuits challenging the weak response of Immigration and Customs Enforcement (“ICE”) to the spread of the virus. 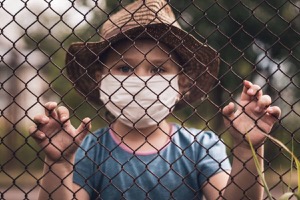 Habeas corpus is an ancient legal doctrine dating back to the signing of the Magna Carta in England in 1215 that stands for the proposition that the government cannot imprison a person indefinitely without showing cause for such detention.