How to Seek Asylum in the United States

If you’re seeking asylum in the United States, the government will require that you produce credible proof of threat in your home country. If you can’t, and your application is denied, you’ll likely face deportation back to your home country. 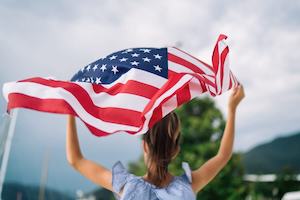 To apply for asylum, you must submit an Application for Asylum and for Withholding of Removal, Form I-589. This application may also include your current spouse and children who are with you at the time you file the application or when a favorable decision has been made.

In order to be eligible to apply for asylum, the following must be true:

When your asylum application is granted, you’ll receive immigration protection.

The advantages for asylum seekers may include:

The Process for Seeking Asylum in the U.S.

The process for seeking asylum is quite complicated and intense, therefore, we highly recommend seeking help from an experienced immigration attorney before beginning the process for asylum.

There are two ways to seek asylum. They’re characterized as affirmative and defensive asylum.

Affirmative asylum is the process you take to apply for asylum when you’re not in any type of removal proceedings.

If accepted, you’ll be granted status to reside in the U.S. without the fear of being deported.

You can apply for defensive asylum when you file a petition for asylum as a defense measure while in a U.S. removal proceedings pending in immigration court.

To qualify for defensive asylum, you may have been:

You’ll have to appear before an immigration judge for a hearing. At that time, a decision about whether your petition for asylum should be granted will be made.

If you think you may be eligible to apply for asylum either affirmatively or defensively, you’ll definitely want to consult with an experienced immigration attorney. Winning asylum is not easy. It requires putting together evidence that make a credible case for showing harm if you’re returned to your home country. Having an attorney on your side that understands asylum law and how to present a strong case is invaluable.

The BIL Team care for your safety and immigration protection and desire to ensure you receive passionate and fair representation in your asylum application.