How To Improve Your Chances Of Gaining Asylum In The US

Most of the world believes that people should never have to live under conditions in their home countries where they must endure ceaseless harassment or worse and not have adequate protection from it.  Many countries have established procedures for accepting people who have no place to turn in their own countries and are looking for refuge in a safe place.

In the early part of the 20th century, the United States admitted any type of immigrant on a quota basis. The quota system kept out many persons seeking to come to the US for safety including thousands of those terrorized in Germany and Austria during WWII.  However, after the war ended the US established its first formal policies regarding people seeking to enter the US in order to gain protection from the circumstances within their own countries.

Gaining asylum in the US is not a particularly quick or easy process.  Determinations are made on a case-by-case basis and any number of variables can impact whether asylum will be granted or denied.  It’s important that applicants be honest and provide thorough, well-prepared documentation to support a claim for asylum relief.  Of course, having the right asylum lawyer helping build a case can make the difference between achieving success or having to face return to one’s home country.

Asylum is an immigration status that can be granted to a refugee.  The US has adopted the United Nations (UN) definition of refugee for asylum purposes.  In simple terms, a refugee is a person who has a well-founded fear that if he or she returns to the country of nationality or long-term residence it will result in persecution for reasons of:

Through international agreement and national immigration laws, the US has a legal obligation to provide asylum protection for any person qualifying as a refugee and not disqualified for other reasons.

How To Apply For Asylum 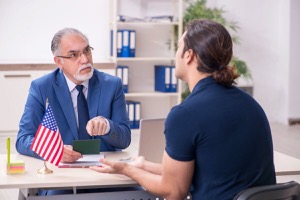 Only refugees who are physically present in the US may apply for asylum.  There are two primary ways to be granted asylum and they are administered by separate departments within the US government.

What Rights Come With Asylum?

Asylum gives a person the immigration status of “asylee.”  An asylee will receive documentation allowing them to remain in the US indefinitely or until they no longer qualify for asylum.  A grant of asylum includes benefits to help an asylee get established in the US including the following:

How To Improve Your Chances Of Getting Asylum

Those who go through the affirmative asylum process to apply for asylum are statistically more likely to have their requests granted.  The process involves submitting the application, fingerprinting and background checks, and an interview.  Then an asylum officer reviews all of the information and makes a decision.  An applicant must:

What Can Prevent A Person From Being Able To Apply For Asylum?

An applicant will be denied asylum if:

The decision to grant or deny asylum is within the discretion of the officer or officers who review your information.  Having the evidence necessary to support your claim or refute anything that might go against you will be critical to getting your request approved.

Don’t give screeners an easy opportunity to deny or delay your application.  Review the requirements carefully and make sure you follow the instructions exactly.  It is your responsibility to show up for scheduled appointments and keep your contact information current.

If your affirmative asylum is not approved and you do not have legal immigration status, you can still get another opportunity to request asylum.  Your application will be referred to the EOIR where an immigration judge will review all of your information again, listen to arguments for and against granting you asylum, and make a determination whether you qualify for defensive asylum.  This is a hearing where you will definitely want a strong and competent lawyer on your side making the case for asylum. 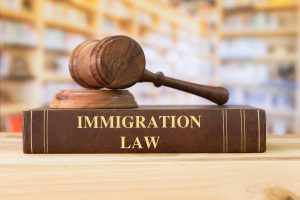 Get Help With Your Asylum Application

Immigration is a politically charged issue in the US and the process is subject to significant fluctuations in procedure at the whim of lawmakers.  It is nearly impossible for asylum applicants to navigate such a complex, ever-changing process without the assistance of an attorney experienced in immigration law and up to date on the most recent changes regarding asylum law.

Immigration requirements may seem stringent but no country can accept every person who would like to be allowed within its borders. Those who seek refuge in the United States for legitimate reasons of persecution in other countries deserve the protections they are legally entitled to receive and improve their chances of success when they provide complete and detailed information.