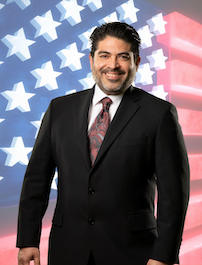 If you’re dealing with an immigration issue, Gil Manzano, Jr., Esq. can help. A highly experienced and knowledgeable immigration attorney, Gil has represented scores of clients in some of the most complex immigration cases. He’ll take on cases other immigration lawyers are afraid to touch. His vast experience includes cases relating to Cancellation of Removal (Defense), Convention Against Torture (CAT), Appeals in the federal courts, Visas and Work Permits, Asylum Applications, Complete Adjustment (Green Card), Consulate Processing, Employment Petitions, Deferred Action on Childhood Arrivals (DACA) and the underutilized EB-2 Investor Treaty Visas. Gil Manzano is an “out-of-the-box” thinker that crafts creative strategies to tackle difficult legal situations. He’s represented and helped individuals from countries as diverse as Mexico, El Salvador, Canada, Australia, France, and Italy, among others, gain proper legal standing in the United States. There is no immigration problem too big or small that Gil cannot handle.

Apart from his positive attitude for his clients, Gil has an impressive background. A native of southern California, Gil received his B.S.B.A in Finance from Northern Arizona University. While an undergraduate, he was named a member of Who’s Who Among College and University Students and was selected as a member of the National Hispanic Honor Society. He received his law degree from the Pacific Coast University School of Law where he graduated in the top 5% of his class. In law school he was the recipient of numerous American Jurisprudence Awards for academic excellence. To complete his academic career, in 2005 Gil obtained a masters degree in Taxation with an emphasis in E-Commerce from St. Thomas University in Miami, Florida. He is a member of the Connecticut State Bar, the American Bar Association and the American Immigration Lawyers Association. In 2010, Gil was admitted to practice before the United States Supreme Court and the United States Court of Appeals for the Ninth Circuit. Gil is qualified to appear in every immigration court in the United States.