What is Immigration Court?

The first step for a person to end up in immigration court is to be issued what is called a Notice to Appear (NTA). This is simply a charging document that alleges that a person is illegally in the United States and seeks to have them removed. Once this person receives this document, he or she will be required to appear in immigration court to answer to the charges. The fact that a person is placed into removal proceedings does not mean they will necessarily be deported. If a person qualifies under certain categories of relief, they can remain in the United States even if they are otherwise deportable. For example, a victim of a serious crime can be eligible to apply for an immigration benefit providing protection from deportation and granting lawful permanent residency. 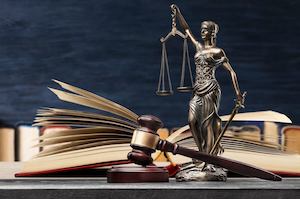 The Fifth Amendment of the United States Constitution provides that “no person . . . shall be compelled in any criminal case to be a witness against himself, nor be deprived of life, liberty, or property without due process of law.” Due process is one of the most important legal concepts in the United States. What it means in the most basic terms is that a person accused of something or who the government seeks to deprive of something has the right to a proper hearing on the issue. In Reno v. Flores, a 1993 Supreme Court case involving due process rights in the context of an immigration case, Justice Antonin Scalia wrote “it is well established that the Fifth Amendment entitles aliens to due process of law in deportation proceedings.”

What to Expect in Immigration Court

If you’re required to appear in immigration court for removal proceedings, you should be aware that there are two different types of hearings you must attend: a master calendar hearing and an individual calendar hearing.

This is the first hearing you will attend in immigration court and takes a short amount of time to complete.

Here’s is what you may expect in a master calendar hearing:

During the individual hearing, which occurs after the master calendar hearing, the judge is ready to be presented with evidence to make a final ruling for deportation.

The process in an individual hearing may include:

If the judge decides you’re ineligible for immigration protection, you may have the opportunity to appeal or apply for Permission to Reapply for Admission into the U.S. After Deportation or Removal, Form I-212, after deportation.

If you’ve been arrested for unlawful presence in the United States, you need to hire the best immigration attorneys to immediately help you build a strong defense. You need attorneys that understand how immigration court works, who know the judges, and who understand how to present a case. If you’re facing deportation, you’re facing enough anxiety and stress. Don’t add to it by getting the wrong lawyer. Get the best. Get the Best Immigration Attorneys.

Contact Us
Immigration Services
Immigration Lawyer Blog - Immigration Court
Client Reviews
★★★★★
“Best law firm for immigration. They helped me during the most stressful period of my life. All I can say is thank you!” MRZ
★★★★★
“I highly recommend bestimmigrationlawyer.com. They took all the stress away when my husband was facing deportation. It was a nightmare that ended with him being able to stay in the US.” AG
★★★★★
“Paul Padda gave me a new future in the United States. After several years of fighting the government, I won my case and am now a successful businessowner. It only happened because of Paul. Simply the best!” BC
★★★★★
“They truly care about their clients. I highly recommend.” PC
★★★★★
“I sponsored my fiancé with the firm’s help. They were great. Mary was always caring and helped me understand the process each step of the way. Today, my wife is in the US and we’re starting a family. Best immigration law firm in America!” ALT
View More
Submit a Law Firm Client Review