The law known as Deferred Action for Childhood Arrivals, commonly referred to as “DACA,” was passed 10-years ago this month (June 15, 2012) during President Barack Obama’s Administration.  DACA protects individuals who arrived in the United States as children and affords them legal protection from deportation, along with giving them the right to work.  While the law was a significant step in the direction of providing protection to a large class of people living in the United States, immigration advocates have fought hard since the passage of DACA to provide recipients with a pathway toward permanent legal residence or citizenship.  The proposal to allow DACA recipients a pathway toward citizenship is known as the “Dream Act” and DACA eligible recipients are often referred to as “Dreamers.” 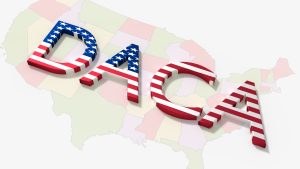