What is the Process for Getting Immigration Waivers?

Under the United States Immigration and Nationality Act (“INA”), you may not be lawfully permitted into the country if you are applying for an immigration visa or traveling to enter the U.S. and fall under a certain category.

As stated in the act, certain categories for inadmissibility include:

Although these are stated in the INA as disqualifying factors for admittance into the United States, under certain grounds you may be eligible to apply for a waiver. If you think you may fall under one of the categories for inadmissibility, you should speak with an experienced immigration attorney who can help you through the option of applying for a waiver. 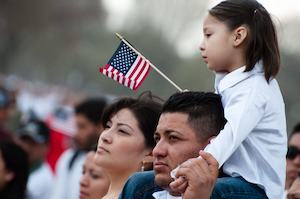 If you or your loved one falls under the categories listed above for inadmissibility into the United States, there are several different types of waivers you may be able to apply for to avoid the inability to be permitted into the country.

Some of the main forms of immigration waivers include:

What is a Hardship Waiver?

A United States hardship waiver, otherwise known as an “extreme hardship” waiver, grants you the ability to overturn your status as an otherwise inadmissible person by meeting certain qualifications. The immigration officer deciding your submitted request for a hardship waiver must consider all the elements of your case and evidence in a fair and unbiased manner.

The application for the extreme hardship waiver, Form I-601, not only encompasses that specific waiver, but also covers the criminal conviction, misrepresentation/fraud and unlawful presence waivers.

You may be eligible to apply for extreme hardship if you and your sponsor can provide substantial evidence proving your inadmissibility into the United States will result in extreme hardship (suffering or harm) for your sponsor (spouse, parent, or child) if they remain in the U.S. or if they have to accompany you to your country of origin. Your sponsor must be an immediate relative, otherwise known as a “qualifying relative.”

Factors for Consideration for Extreme Hardship

Several factors go into consideration for granting you an extreme hardship waiver. These factors include family ties and direct impact, social/cultural, economic, healthcare, and country conditions.

Prove economic impacts would cause extreme hardship to your qualifying relative by:

What is a Provisional Waiver? 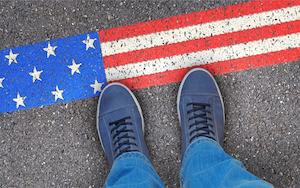 An Application for Provisional Unlawful Presence Waiver, Form I-601A, otherwise more simply known as a “provisional waiver,” may be submitted for consideration if you’re a qualifying immigration visa applicant who is the relative of a U.S. citizen or lawful permanent resident.

If you were residing here unlawfully, the form allows you to seek a waiver of the 3 and/or 10 year bar of entering into the U.S. before physically leaving the country to attend your immigration visa interview at the consulate or embassy of your country of origin.

It’s important to note that if you’re approved for the provisional waiver, it does not additionally provide any other types of benefits such as employment authorization. You are additionally not granted official lawful residency in the United States – you must go through filing the required application, fees, and process for seeking lawful immigration status.

Eligibility for a Provisional Waiver

If you were residing in the United States unlawfully, and you think you may be eligible to apply for a provisional waiver, consult an experienced immigration attorney before submitting the I-601A application.

Eligibility may depend on several factors in your case. These factors may include:

Remember, upon acceptance of your provisional waiver, you are still required to depart the U.S. to attend your immigrant visa interview at the U.S. embassy or consulate in your country of origin. Staying in the United States will result in revocation of the waiver and the Department of Homeland Security will initiate removal (deportation) proceedings.

What is a Criminal Conviction Waiver?

If this is your situation, you may be eligible to apply for a criminal conviction waiver of inadmissibility if you can provide evidence that your denial of entry into the U.S. would cause extreme hardship to your sponsor (an immediate family member), otherwise known as a qualifying relative, if they remain in the U.S. or if they have to accompany you to your country of origin. You must file an Application for Waiver of Grounds of Inadmissibility, Form I-601, in addition to the filing fee and supporting documents.

It’s important to note that not all crimes are eligible for the waiver and determining the level of extreme hardship that may be imposed on your qualifying relative will play a pivotal role in establishing whether or not this may be granted.

Eligibility for the Criminal Conviction Waiver

Eligibility is provided to individuals who committed the following crimes:

In addition to the crimes listed above, you must provide evidence in how your inadmissibility will provide extreme hardship to your qualifying relative. You must prove that your absence would cause a severe impact on economic status, social/cultural status, family ties, and other potential factors.

What is a Fraud or Misrepresentation Waiver?

If you’re in the process of obtaining your immigration visa or Lawful Permanent Residence status and have been found to misrepresent or commit fraud in relation to your applications for lawful immigration status, you may be found inadmissible under the Immigration and Nationality Act (INA) Section 212.

If you’re in this situation, you may be able to apply for a fraud or misrepresentation waiver of inadmissibility if you can provide evidence that your denial of entry into the U.S. would cause extreme hardship to your sponsor (otherwise known as a qualifying relative) if they remain in the U.S. or if they have to accompany you to your country of origin. Your qualifying relative must be an immediate family relative such as your parent, spouse, or child.

What Constitutes as an Act of Fraud?

If you knowingly relay false information with the intent to deceive, you’re committing an act of fraud.

Considerations for an act of fraud under immigration laws include:

What Constitutes as an Act of Misrepresentation?

Considerations for an act of misrepresentation under immigration laws include:

Eligibility for the Fraud or Misrepresentation Waiver

To be eligible to submit the waiver application, you must:

What is an Unlawful Presence Waiver?

If you’re in the process of obtaining your immigration visa or Lawful Permanent Residence status and it’s been discovered that you were unlawfully present or residing in the United States, you may be found inadmissible under the Immigration and Nationality Act (INA) Section 212 and barred from reentering for a specified number of years.

The number of years you can be barred from entering the U.S. are:

If you’re in this situation, you may be able to apply for an unlawful presence waiver of inadmissibility if you can provide evidence that your denial of entry into the U.S. (or removal) would cause extreme hardship to your sponsor (otherwise known as a qualifying relative) if they remain in the U.S. or if they have to accompany you to your country of origin. Your qualifying relative must be an immediate family relative such as your parent, spouse, or child.

Factors for Consideration for the Unlawful Presence Waiver

Several factors go into the consideration of granting you an unlawful presence waiver.

An immigration waiver can change your life. While the government may initially deem you inadmissible, with a lawyer by your side that understands the various immigration waivers available and how to best present facts in support of a waiver, miracles can occur. At The BIL Team, we take pride in our knowledge of the law, our skills and experience. Most of all, however, we take pride in helping our clients through outstanding legal advocacy and an attitude of compassion.