What’s The Difference Between A Green Card And A Visa?

This a question that gets asked often and is based upon a certain amount of confusion.  The starting point for alleviating the confusion and understanding the key differences between a green card and a visa is understanding that the entire American immigration system is based upon only two categories of persons: immigrants and non-immigrants.

What Is A Visa And Who Can Get One? 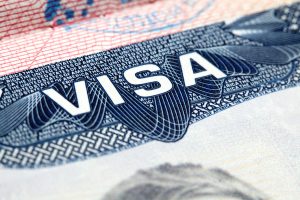 What Is A Green Card And Who Can Get One?

On the other hand, a person who wants to live in the United States on a permanent basis is given an immigrant visa.  Once a person has an immigrant visa, he or she can seek permanent residency in the US by getting a permanent residency card or “green card” issued by the Department of Homeland Security.  The card derives its name from the fact that, historically, it’s been green in color.  Hence, it came to be known informally as the “green card.”  Once an individual is issued an immigrant visa, they can travel to the United States and then apply for a green card.  The following persons can apply for a visa and green card at the same time:

There are two types of green cards: