As the United States withdraws from Afghanistan, thousands of refugees are also desperately trying to leave the country. Since 2009 the US has admitted qualifying Afghan allies and their families under the Special Immigrant Visa (SIV) program. The program offers resettlement in the US to Afghans who assisted US military operations and are in danger of retribution from Taliban forces.

However, the processing of SIV applications has been slow and wait times long. It’s estimated that 300,000 Afghans provided assistance to the US yet only about 20,000 SIVs have been issued since the inception of the program. And many who worked with the US and are in need of assistance do not qualify for SIV.

In response to the extreme danger many Afghans are facing as the Taliban has rapidly regained control of the country, the Biden administration has taken steps to streamline the processing of SIV applications and has opened a new avenue of entry for Afghan refugees through the US Refugee Admissions Program (USRAP). Eligible Afghans who don’t qualify for SIV can now apply for a Priority 2 (P2) designation under the USRAP.

How to Obtain an Afghan Special Immigration Visa (SIV)

Over the last 2 decades, hundreds of thousands of Afghans aided US troops, many as translators and interpreters. The Special Immigrant Visa program was created to provide protection for Afghans and their families who feared retaliation for supporting the US. 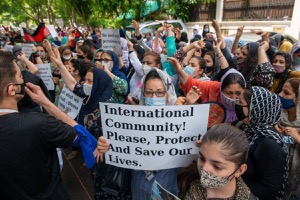 A person who meets the requirements for SIV can also obtain SIVs for a spouse and unmarried children under age 21.

An additional 8,000 SIVs were recently authorized bringing the total number of visas that can be granted under the program to 34,500. The program will end when all of the visas have been issued. The visa count applies to the employee only and does not include the visas issued to a spouse and children.

How to Obtain a Priority 2 (P2) Visa for Afghan Nationals

Although the SIV qualifications have been relaxed so that more Afghans are now able to qualify, there are many who are still unable to meet SIV requirements.

The US Refugee Assistance Program has three priorities of persons who may access the program. Those categorized Priority 2 have unique circumstances that qualify them for protection under USRAP. The State Department designates a particular group P2 based on “special concern” that the group is in need of resettlement. As of July, Afghans who qualify can now apply for P2 visas.

Afghans and their spouses and children of any age, married or not, may be referred to the USRAP program.

If the qualifications for the P2 visa cannot be met, it’s possible an applicant might qualify for Priority 1 status based on a referral. P1 referrals may be made by designated agencies (such as an embassy) on a case-by-case basis based on the need for resettlement. Certain Afghans who may have worked as sub-contract personnel may not qualify for P2 status but may be able to obtain a P1 visa. 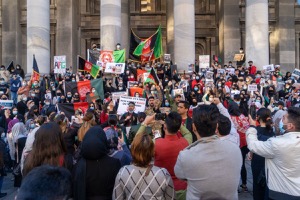 Processing Afghan visa applications is currently a US priority. Due to Trump administration policies that significantly slowed down the review process, a backlog of over 17,000 SIV applications had built up since March of 2020 and the State Department only began processing the applications again in February.

The Biden administration has evacuated thousands of Afghans and their families. Efforts are being made to get more Afghans out of Afghanistan and into other countries where they can safely await the processing of their visa applications.