An “I-130,” otherwise more formally known as a “Petition for Alien Relative,” is the preliminary document that starts the immigration process for a relative to get legal status in the United States. An I-130 petition or family-based petition can be sought by a child, spouse, brother, sister, or a parent.

When filing for a family member, whether as an immediate relative or under a family-based preference category, it’s important to remember that there’s a deadline to apply for a “green card” after the I-130 is approved. It’s also important to understand the general process, especially when adjusting status (interviewing in the U.S.) versus consular processing (interviewing at a U.S. consulate).

Waiting for a Visa Number 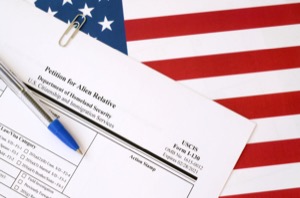 If the United States Citizen petitioner and green card applicant are in the U.S., the I-130 can be filed with the United States Custom and Immigration Services (“USCIS”) agency. In a family-based preference case, after the I-130 is approved, the case is then transferred to the National Visa Center (“NVC”) for a visa number to become available.

When the visa number finally became available, the NVC will send a notice (to the foreign national’s address on file – which highlights the importance of always making sure an updated and accurate address is on file!), notifying him or her that a visa is available, providing a case number, and instructing him or her how to pay the immigrant visa fees.

Always read the paragraphs on the I-130 approval notice. It’ll tell you whether the foreign national can adjust status in the United States or whether the foreign national must consular process (meaning process through a U.S. Embassy). Always keep your address current with the NVC. When the priority date becomes current, apply for an immigrant visa before one-year passes.

Also, notify the NVC if you decide to adjust status (instead of consular process). If for whatever reason, you cannot file within a year, contact the NVC to inform them that you’re unable to file. Continue to contact NVC on a yearly basis in order to preserve the validity of the I-130. Failure to follow up can be construed as abandonment which may lead to cancellation of the I-130.

In certain circumstances, the I-130 can be automatically revoked. Revocation can occur based upon any of the following: if a family member withdraws the I-130, if the petitioner or beneficiary dies, upon legal termination of a marriage, if an unmarried son or daughter of a lawful permanent resident marries, or simply due to inaction.

Where there is inaction on an immigrant visa case, the NVC can legally revoke the I-130 approval. The NVC is only obligated to send you two (2) notices before it can revoke the petition. If a petitioner dies after the I-130 is revoked, the government is under no obligation to notify you that the petition has been revoked. This makes sense since the NVC would not know of the petitioner’s death unless it was reported. If you’re unsure whether your I-130 has been revoked, contact the U.S. Consulate where the case was being handled or call our offices for a case evaluation by phone.

Having the right immigration lawyer by your side is the first step towards creating a foundation to your future. The immigration laws are complex and constantly changing. Therefore, having a lawyer that is well-versed, skilled, and experienced with immigration laws is not just important, it’s crucial. If you want a better future and the peace of mind in knowing you or a loved one will receive excellent representation, contact us today. Our lawyers are licensed to appear in every immigration court in the country and can represent you anywhere in the United States or overseas.