A person with legal US citizenship status cannot be deported – yet it happens. There are numerous cases where Immigration and Customs Enforcement (ICE) has wrongly detained persons and deported many who were, in fact, lawful US citizens.

Serious reforms are needed in order to better protect those vulnerable to the often random enforcement and largely unchecked deportation authority wielded by ICE.

Why Are US Citizens Being Deported?

ICE is the agency that is in charge of enforcing immigration laws. It conducts investigations and initiate removal proceedings. ICE is supposed to identify non-citizens who pose a threat to public safety and those who have violated immigration laws.

ICE is given broad authority to carry out immigration enforcement functions. But inconsistent enforcement policies and poor record-keeping have resulted in improper decisions and a lack of accurate information. 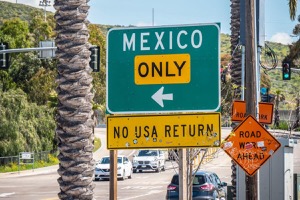 Between 2015 and 2020 data collected by the US Government Accountability Office (GAO) shows that ICE:

When there is some indication of US citizenship, ICE agents are required to investigate the circumstances prior to taking any enforcement action. When someone claims to be a US citizen, ICE policy requires that a supervisor review the information before a citizenship determination is made. But officer training materials allow the interviewing officer to make the determination without supervisory guidance.

Compounding the problem are those who claim US citizenship but cannot produce the necessary documentation to prove it. No legal or other assistance is provided to help people verify their claims of citizenship. Many times US citizens have been deported because they could not get the information they needed.

Cases Where US Citizens Were Detained Or Deported by ICE

In these publicized cases where ICE either detained or deported US citizens, the agency knew or had reason to believe that the person claiming to be a US citizen was, indeed, a citizen and chose to detain or remove them illegally anyway.

What Can Be Done to Keep US Citizens Out of the Immigration System?

The GAO has recommended that ICE consider some revisions to their practices so that there is more accountability for the decisions that are made and the information relied on is more accurate. Among GAO’s recommendations are:

Even though the Department of Homeland Security (DHS) has concurred with the recommendations of GAO, ICE has not yet implemented the requested changes. The best short-term solution for citizens who may be mistaken for immigrants is to always carry proof of citizenship and to get legal representation when facing any immigration violation charges.

If you need a good immigration lawyer, contact us today at (800) 712-0000. The immigration laws are complex and having the right lawyer by your side is crucial. Make an appointment with our lawyers today and let us help you navigate the immigration system.