On September 4, 2020, in a case styled Gomez v. Trump, the United States District Court for the District of Columbia granted a legal challenge to the Trump Administration\u2019s decision to deny visas to persons who won the right to apply for lawful permanent resident status in the United States through the diversity visa lottery program. In the ruling, the court directed the Trump Administration to immediately process the visa applications of all persons that were selected under the lottery program in 2020. The decision marks a significant victory for winners that were previously notified by the Trump Administration that their applications for a green card would be denied.

What Is the Visa Lottery?

The diversity immigrant visa program, also commonly referred to as the “green card lottery,” is a government program that randomly selects applicants (winners) who apply through a lottery program for the right to permanently live and work in the United States. The program is administered through the United States Department of State and was established through the Immigration Act of 1990.

To be eligible to apply for a green card through the visa lottery program, a person must generally meet the following requirements: be from an eligible country, be a high school graduate (or possess two-years work experience), have no criminal record and be in good health. 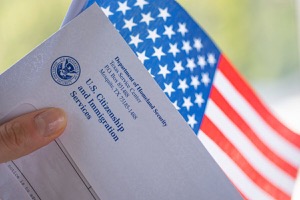 The federal judge that made the ruling in Gomez v. Trump, Judge Amit P. Mehta, determined that the federal government violated the Administrative Procedures Act by denying green card lottery winners the right to have their visas processed for permanent residence in the United States.

In rendering his decision, Judge Mehta noted: “Diversity visa lottery winners are people who have come to this nation, like millions before, to seek a better life for themselves and their families, and to pursue the American Dream. They do not deserve to be caricatured as common criminals, or to be used as a political wedge issue.” In explaining the problem presented in Gomez v. Trump, Judge Mehta explained that “there is no statutory requirement that every available diversity visa be issued each year.”

However, at the same time, “that does not mean that the State Department could effectively extinguish the diversity program for a given year by simply sitting on its hands and letting all pending diversity visa applications time out.” Doing so, noted Judge Mehta, “would plainly frustrate the congressional intent to make available 55,000 diversity immigrant visas each year.”

A Victory for Process 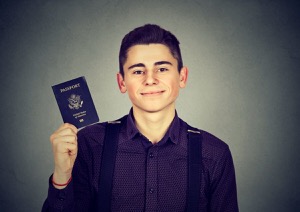 While the plaintiffs in Gomez v. Trump sought to have the court strike down the Trump Administration\u2019s challenged decision on Constitutional grounds, Judge Mehta resisted doing so finding instead that the President has broad authority over immigration matters and that the court was limited in its ability to second-guess Executive Branch decisions. However, Judge Mehta did find that the government is required to follow certain procedures as required by the Administrative Procedures Act and cannot simply arbitrarily and capriciously “change the rules” so to speak on a moment’s notice.

While this decision may strike some people as a victory obtained on technical grounds, it actually represents a very important legal principal. Namely, that federal agencies must follow rules and cannot simply change the rules without proper process and notice. This adherence and fidelity to “process” ensures the proper administration of government and, as a result, fairness to those affected by its rules and regulations.

Having the right immigration lawyer by your side is the first step towards creating a foundation to your future. The immigration laws are complex and constantly changing. Therefore, having a lawyer that is well-versed, skilled and experienced with immigration laws is not just important, it\u2019s crucial. If you want a better future and the peace of mind in knowing you or a loved one will receive excellent representation, contact us today. Our lawyers are licensed to appear in every immigration court in the country and can represent you anywhere in the United States or overseas.