In December of 2020, the United States Court of Appeals for the Ninth Circuit (th Circuit) ruled against the “Public Charge” rules initiated by the Trump administration. Many critics argued that the new regulations essentially amounted to a “wealth test” for immigrants seeking a green card or entrance into the United States. Many states also argued that it would discourage immigrants from seeking public assistance when needed, thus overburdening states.

The changes to the public charge rule were enacted to make it more difficult, if not impossible, for an immigrant using certain public resources to get a green card or gain admission into the United States. The Trump Administration “changed” the public charge rules by expanding the meaning of a “public charge” to include non-cash public benefits that were not previously considered.

Under the most recent Public Charge rules, immigrants using or “more likely than not” to use specific public benefits like non-emergency federally funded Medicaid, “Section 8” housing assistance, “SNAP” benefits, etc. for 12 months, in total, over the span of three years would be ineligible for legal permanent residency.

Although the 9th Circuit’s ruling has upheld the injunctions against the public charge rule, there is still confusion about how the rules are implemented, to whom they apply and when changes will occur.

What Is a Public Charge? 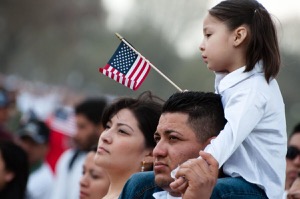 According to the U. S. Citizenship and Immigration Services (USCIS), a public charge is defined as “an alien who has received one or more public benefits, as defined in the rule, for more than 12 months within any 36-month period.”

An immigration officer determines who may be a public charge by taking into account many factors such as the following:

It’s important to note that certain groups are exempted from the public charge rule. There are also specific benefits that are not considered in the decision-making process, such as emergency medical assistance, disaster relief, food pantries, homeless shelters, etc.

Timeline of the Recent Public Charge Rules and Rulings 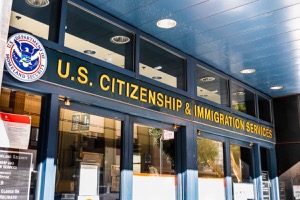 What Does This Mean For Immigrants?

The final public charge rules are not yet in effect. While immigrants in certain regions and those using consulates and embassies don’t have to adhere to the Trump Administrations’ expanded definition of a public charge, the rules are technically still in effect in many places.

If this sounds confusing, that’s because it is. Many immigrants and non-profits are not 100 percent sure how the rules are being implemented and who it will affect. Since USCIS can continue applying the current rules until new ones are published, it’s best to consult with a reputable immigration lawyer before applying for a green card or accepting certain public benefits.

What Will President Biden Do About the Public Charge Rule? 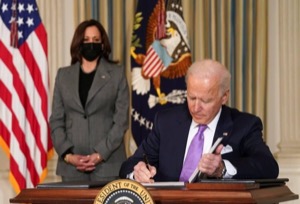 More than 500 non-profit groups and countless other advocates have prompted President Joe Biden to declare that he will reverse the Trump Administrations’ course on the public charge rule. Some expect him to do it within the first 100 days of being in office. While this is a promising development, there are no guarantees about what changes his administration will make and how fast they will be implemented.

Having the right immigration lawyer by your side is the first step towards creating a foundation to your future. The immigration laws are complex and constantly changing. Therefore, having a lawyer that is well-versed, skilled and experienced with immigration laws is not just important, it’s crucial. If you want a better future and the peace of mind in knowing you or a loved one will receive excellent representation, contact us today. Our lawyers are licensed to appear in every immigration court in the country and can represent you anywhere in the United States or overseas.