Did the Supreme Court make deportation for “Crime of Violence” less likely?

In a case entitled Borden v. United States, the United States Supreme Court (SCOTUS) recently clarified the level of mental awareness that persons must have in order to be convicted under the Armed Career Criminal Act (ACCA). In that case, the Court was interpreting the meaning of the language used to describe the commission of a “violent felony” under the ACCA (a federal statute).

While SCOTUS was not ruling on an immigration law specifically, the language that was being interpreted was very similar to language used in immigration laws to describe criminal behavior that can result in deportation. Therefore, the Court’s ruling may have applicability in immigration deportation proceedings where a noncitizen is being deported for committing a crime of violence. 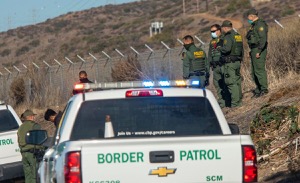 Aggravated felonies are a category of criminal behaviors identified under immigration laws – some of which do not involve aggravating circumstances or are not felonies under criminal law. However, an aggravated felony conviction means that most defenses to deportation will not be available. Those deported for committing an aggravated felony cannot legally return to the US for at least 20 years.

A crime of violence is an aggravated felony under immigration laws.

Deportation Based On Commission of a Crime of Violence

A noncitizen convicted of a “crime of violence” has committed an offense punishable by imprisonment of at least 1 year that:

Similarly, ACCA defines a “violent felony” as a crime punishable by imprisonment for more than 1 year that

What the Supreme Court Decision Means for Immigration Law 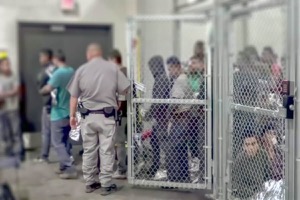 One of Borden’s previous convictions was for “reckless aggravated assault” under state law and Borden argued that the mental state of recklessness did not rise to the level of purposeful or knowing, which is the standard contemplated in a charge for the use of force against the person of another.

The Supreme Court did not consider Borden’s previous conviction under the second definition of violent felony because it had previously ruled in Johnson vs. United States that the provision violated the Constitution. The provision proscribing “conduct that presents a serious potential risk of physical injury to another”‘ was determined to be too vague and therefore a violation of the right to due process.

The Court agreed with Borden and ruled that the definition of violent felony was directed at persons who either intended the violent conduct toward a particular person or who knew that the conduct would likely occur toward a person. A violent felony did not include conduct where a person acts without regard for the consequences of their conduct and without the knowledge that any particular person will be harmed.

But Keep a Couple of Things in Mind 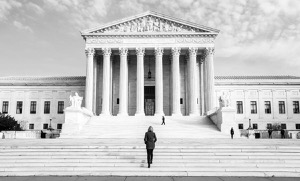 The Supreme Court may have found the residual clause in Johnson – a case against a US citizen – violated constitutional rights, but that doesn’t guarantee the same result for a similar clause under immigration laws. The residual clause defining a crime of violence provides a second means to convict an immigrant of an aggravated felony – the most deportable of offenses.

If you need a good immigration lawyer, contact the Oxford Immigration Lawyers (OIL) today at (800) 712-0000. The immigration laws are complex and having the right lawyer by your side is crucial. Make an appointment with OIL today and let us help you navigate the immigration system.