DACA in Limbo After Federal Judge Declares the Program Illegal

The Deferred Action for Childhood Arrivals (DACA) program was established by President Obama in 2012. The program provides legal status for noncitizens who were brought to the US as children and are otherwise without immigration documentation.

DACA status is available to those who meet specific criteria regarding age and entry into the US. DACA recipients, often called “Dreamers,” are given an initial 2-year period of protection that can be renewed in 2-year increments. DACA allows recipients to live, work and attend school in the US. However, DACA status does not provide a way for recipients to achieve permanent residency status.

DACA was stalled by the Trump administration but had been back up and running since December 2020. Facing a backlog of applications that had grown to more than 80,000 by the end of June, the Biden administration had committed additional resources when a Federal Judge ruled that the program was illegal and must not accept or process any new DACA applications.

The ruling leaves those currently under DACA protection as well as those waiting to receive news about their applications without any kind of security about their future in the United States.

In response to the inability of Congress to establish a means for children illegally brought to the U.S. to achieve legal permanent residency, President Obama used his executive power to establish DACA and provide temporary legal status to those who met certain requirements. 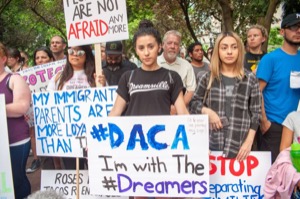 Those who are meant to benefit from DACA are a specifically defined group. They include noncitizens who:

Those who received DACA status were eligible to apply for a 2-year renewal if they:

The Trump administration tried to end DACA in September of 2017. His administration declared that no new DACA applications would be accepted and the ability to renew DACA status was to be phased out. This move generated litigation on behalf of DACA recipients challenging the legality of rescinding DACA benefits.

The result was that no new DACA applications could be submitted but those who had been granted DACA in the past could apply for renewal of their status.

In June 2020, the US Supreme Court vacated the DACA rescission and in December 2020 the original DACA policy was fully reinstated and DHS again began taking applications from first-time DACA applicants.

However, last month (July), a federal judge in Texas ruled that no new DACA applications could be considered because DACA, according to the judge, is a violation of federal law. Because only a tiny percentage of the backlog of pending DACA applications has been processed, this recent ruling leaves tens of thousands of Dreamers wondering if they’re going to face deportation. 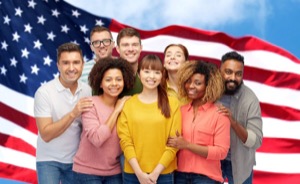 Between 600,000 and 700,000 noncitizens currently have DACA status. Whether or not DACA status will be able to be renewed in the future is not clear. What is clear is that more needs to be done to enable those who were illegally brought to the U.S. as children to become legal permanent residents (LPR).

DACA was never intended to be a permanent solution. An act of Congress is necessary in order to create a path to permanent legal status for those who come here unauthorized as children.

Legislation currently before Congress seeks to establish a permanent solution for unauthorized childhood arrivals by providing a way for them to become LPRs. The American Dream and Promise Act of 2021 passed the House in March. And the Dream Act of 2021 has been introduced in the Senate.

The problem with enacting the proposed legislation, as with previously proposed reforms, is the lack of bipartisan support.

As DACA recipients, applicants and those similarly situated await immigration reforms that would allow them to achieve permanent legal residency, the Biden administration has made it clear that they are not a priority for deportation. Thus, although the Texas ruling injects uncertainty into the status of DACA recipients, the Biden administration has stated that Dreamers do not have to fear deportation.