For the past several years, it’s been a rough go for immigrants in the United States (or those attempting to come here) Many may have gotten the message that the once welcoming United States was no longer that place you could go where you would be given the chance to begin a new life Seeking a break from the nativist policies of the recent past, President Biden has sought to make changes to the nation’s immigration system by eliminating much of the current bureaucracy and allowing more immigrants to achieve legal status in the United States The Biden admiration is making steps toward immigration reform.

Under “The US Citizenship Act of 2021,” legislation that began making its way through Congress in February of this year, the Biden administration is attempting to revamp an outdated immigration system and help make right the immigration wrongs imposed by the previous administration Important issues addressed by the new legislation include the need to keep immigrant families together and to make an effort to reunite families that were previously separated while trying to immigrate The new law would also make the screening process more efficient and cut down on long wait times And, the law would empower immigration judges to have more discretion to consider individual circumstances and make decisions as appropriate under the circumstances of each case.

One of the biggest changes proposed by the bill is the ability for those who are undocumented nationals (“noncitizens”) currently in the United States to earn their way to citizenship. 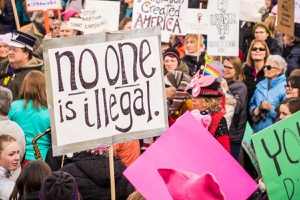 Though it’s not yet law, if the legislation is passed it would allow about 11 million undocumented immigrants and their families to become immediately eligible for lawful prospective immigrant (“LPI”) status Included in those eligible for LPI status would be the following:

As an LPI, an immigrant would be able to remain in the United States lawfully, obtain work authorization (including a social security card), travel outside the US and renew LPI status every 6 years

After 5 years of LPI status, immigrants would be eligible to apply for lawful permanent residence (“LPR”) if they pay their taxes and pass background checks LPR status would also be available to the following immigrants:

LPRs would be eligible for citizenship in 3 years instead of the regular 5.

Immigrants who entered the US as children, including those who are recipients of the Deferred Action for Childhood Arrivals (“DACA”) program, would be eligible for LPR status if they satisfy the following criteria:

And have one of the following:

Special Immigrant Visa (“SIV”) status – The SIV is reserved for those who have provided “faithful service” to the US government and would be extended to the following types of persons:

Will the Immigration Reforms Become Law? 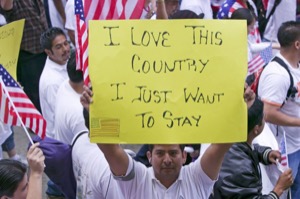 The last time there were immigration reforms as extensive as the ones proposed by the Biden Administration was over 30 years ago The President’s bill has been passed by the US House of Representatives but is expected to get held up – possibly forever – in the US Senate There are bits and pieces of the laws that may have a better chance to pass if they’re separated from the original bill However, it’s quite likely there will be relief granted to certain undocumented immigrants. The biggest issue seems to be when it will happen Immigration advocacy groups are pressing politicians to find creative ways to provide relief to the millions of undocumented immigrants whose lives currently hang in the balance.

Having the right immigration lawyer by your side is the first step towards creating a foundation to your future The immigration laws are complex and constantly changing, hopefully with a full immigration reform Therefore, having a lawyer that is well-versed, skilled, and experienced with immigration laws is not just important, it’s crucial. If you want a better future and the peace of mind in knowing you or a loved one will receive excellent representation, contact us today At Best Immigration Lawyers, our lawyers are licensed to appear in every immigration court in the country and can represent you anywhere in the United States or overseas Create a better future, call us today at (800) 712-0000